When South West Computable (SWC) managing director and owner, Ross Hastie, puts his computer to sleep at 5pm this Friday 26/3/21, it will be a shutdown that marks the end of an era for the well-known Cowaramup business figure.

After 27 years supplying and selling computer hardware and software and associated technical support services to individuals, schools, offices and businesses from Busselton to Augusta, Ross steps down at the end of February from the business he established with wife Kerry in late 1993.

“The first question everybody asks me when they hear I’m retiring is: Ross, won’t you be bored?

“And I tell them no mate, I’ve got a list of stuff I want to do that’s a mile long,” he said, adding that fishing, camping, time with family, more volunteering for the St John Ambulance Service, and digging up gold are at the top of the list (although not necessarily in that order!).

Ask anybody to name an industry that’s seen more change over the last quarter of a century than IT, you’d be hard-pressed, and Ross says keeping up with, and ahead of, the fast pace of change has been both the business’s greatest challenge and its greatest achievement.

“When we started the business, the internet and mobile phones were in their infancy. Computers were expensive, bulky and difficult to operate.

“Apple was a struggling company about to go under. Google didn’t exist. The list goes on – change has been rapid and significant,” Ross said.

“Seriously, I would like to sincerely thank my family, all the staff past and present and all of our loyal clients.

“Together they have made SWC successful over so many years. I have no doubt that Dylan and his team will continue to provide the level of service that has been our hallmark.”

With a background in teaching, and as a former principal of Cowaramup Primary School, it is no surprise that training and nurturing staff is one of the fundamentals that both Ross and Kerry Hastie, also a teacher, have adhered to.

Over the years, many students have completed work experience at SWC, with many continuing to be employed, including one who now is integral to the firm, Jack Birch-Bruce.

“As we speak, two new local trainees joined the company before Christmas and I really hope they too will go on with their careers in IT with SWC, like Jack has,” Ross said.

Dylan Winfield, current Senior Technician for SWC, and wife Jaimee will transition into the new owners and managers of the company, taking the business forward.

With a background in IT in Perth and Melbourne before his move back to the South West, Dylan gets high praise from clients for his calm and relaxed manner in the face of just about every spanner a network outage or server malfunction can throw at him.

Dylan has his own ambitions that will see the business branch into several new areas. These include plans for resale of used computer equipment and devices with an ethos of becoming more sustainable.

“It’s been a great privilege to work alongside Ross and the team for the last seven years. We have the combined skills and experience which has allowed us to face any challenge thrown at us. Going forward I hope for us to become a beacon of technology in the south west and have plans for expansion but most importantly keep our core business the same which is giving our clients the best experience possible. I am sure that clients all across the region will join myself and Jamie and the staff and families in wishing Ross well.”

So, if you see Ross on the way to or from the Post Office, or the bakery, or crossing the road to Cowaramup Agencies this week, better give him a wave because after Friday the sign will be up on his desk. ‘Gone fishing…’

Some of Ross’s biggest supporters took this chance to wish him well.

Ross and Kerry arrived in Cowaramup with their kids Angie and Scott over 30 years ago. Deb and I became best of friends with the Hasties, and have maintained that friendship over these years. Ross saw an opportunity to start a computer business, and it was a bold move back then, especially in a town of about 7-800 people as Cowaramup was at the time. We at Cowaramup Agencies supported Ross from the outset and have done so ever since. Ross has grown the business from a one-man-band to what it is today. For me, as a business owner in Cowtown, I still realise how fortunate we are to have this service in our small town. I congratulate Ross and Kerry for their success over these years. Plunging themselves into the unknown world of small business and to successfully navigate it through all the trepidation is a great testament to the vision they both had all those years ago.

As two constant computer consumers; including audio/video production, photography and administration, we could hardly believe our luck when in the early 1990s we discovered that we had a first-rate computer service and repair company only five minutes away. Obtaining such prompt and swift service in Perth would have been nigh on impossible and our city friends have often been envious of our access to such assistance. Over 25 years, Ross and the helpful, courteous and efficient team he has recruited, have provided cheerful assistance with dying toners, urgent requests for supplies, dead desktop mice, jammed printers and emergency computer surgery. We wish Ross all the best away from the toil of providing us, and others in the local community, with years of invaluable help. This comes with much appreciation of Ross’s hard work and steady commitment to service. We are much in his debt.

I hate the word retirement. Ross and I have never actually fished together, we’ve just chatted boating and fishing all the time, much more while waiting for his staff to repair broken computers for me! I will definitely miss that repartee and the cheap chocolates! After talking fishing for a while we moved to campers and camping and caravans. He kept recommending different models and I’d say they were babies compared to what I was looking for. So tell him I’ve now bought the biggest slide-on camper available on a bright new Isuzu truck and the next time he bags my baby barramundi (Whenever I sent him a photo of a fish he’d tell me he’d caught hundreds twice that size)… I plan to stick it right up him! All the best in your next world Rosco! 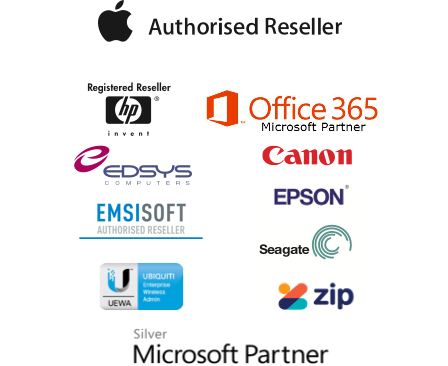